A Conspiracy of Mothers (Compact Disc) 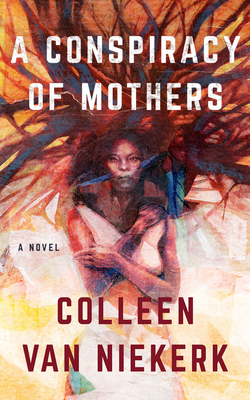 From a bold new voice in literary fiction comes a compelling story of three mothers whose lives intersect during a generation-defining period in South Africa's history.

The year is 1994, and South Africa is in political turmoil as its first democratic election looms. Against a backdrop of apartheid and racial violence, traumatized artist Yolanda Petersen returns from the Appalachian foothills to the land of her youth at the behest of her mother. While there Yolanda longs to reconnect with her estranged daughter, Ingrid, the product of an illegal mixed-race affair with a white man.

But Ingrid is missing, and as Yolanda quickly discovers, she isn't the only woman in Cape Town desperate to protect her own. Ingrid's very existence is proof of a white man's crime, and that man's mother will do anything--even kill--to ensure the truth remains buried.

An evocative debut novel set during a defining period in history, A Conspiracy of Mothers tells a gripping story of love and betrayal from multiple perspectives while deftly balancing the painful legacy of apartheid with the trials of motherhood.