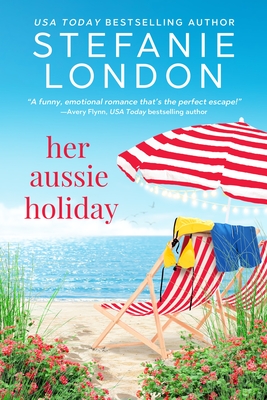 Cora Cabot’s life is falling apart. So when her Australian friend announces she’s secured an internship in the States, Cora has a brilliant idea: house swap! Small-town Australia sounds like the perfect getaway. Only, when she gets there, the house isn’t empty. Turns out her friend’s hot Australian brother is staying there, too—and he doesn’t look happy to see her.

The last thing Trent Walters needs is a roommate for the summer. Especially an American who immediately floods the house and single-handedly destroys the family project his sister created for their parents’ anniversary. Now, not only does Cora insist on helping fix the house, he needs her help re-creating the family scrapbook. And glitter is not his forte.

But between late nights cooking, pints at the local pub, and competitive matches of cricket on the beach, Cora starts to break through Trent’s defenses. Too bad Cora made a promise to return to working with her father at the end of the summer—a promise she can’t break—because this holiday is starting to feel like one she never wants to end.

Each book in the Patterson's Bluff series is STANDALONE:
* The Aussie Next Door
* Her Aussie Holiday

Growing up in Australia, Stefanie London came from a family of women who loved to read. After sneaking several literature subjects into her “very practical” Business degree, she got a job in Communications. When writing emails and newsletters didn't fulfill her creative urges, she turned to fiction and was finally able to write the stories that kept her mind busy at night. Now she lives with her very own hero in Canada and dreams of traveling the world. Visit her online at http://stefanie-london.com.