The Outlaw Takes a Bride (Paperback) 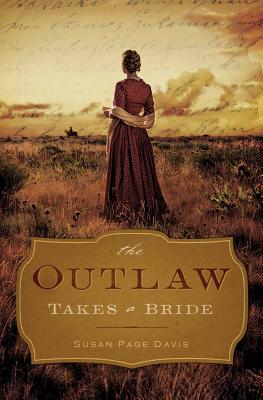 By Susan Page Davis
Email or call for price.
Out of Print

Johnny Paynter flees Denver to escape being hanged for a murder he didn’t commit. At his brother’s ranch in Texas, where he thought he could take refuge, he finds his brother, Mark—dead. Taking advantage of his strong resemblance to his brother, Johnny assumes Mark’s identity. Soon Johnny discovers that Mark had been corresponding with a widow named Sally in St. Louis, and she’s en route to be a mail-order bride to Mark. Seeing no other option, Johnny makes a fateful decision to go through with the wedding, posing as his brother. But Sally has secrets she's hiding, too. How will a marriage survive with so much deception?

Susan Page Davis is the author of more than seventy Christian novels and novellas, which have sold more than 1.5 million copies. Her historical novels have won numerous awards, including the Carol Award, the Will Rogers Medallion for Western Fiction, and the Inspirational Readers’ Choice Contest. She has also been a finalist in the More than Magic Contest and Willa Literary Awards. She lives in western Kentucky with her husband. She’s the mother of six and grandmother of ten. Visit her website at: www.susanpagedavis.com.

Avid inspirational readers who enjoy a good Western story will find themselves reading into the night with this one. Told from the point of view of both the hero and the heroine, this narrative features a slow-building, tender romance. A wonderful storyteller, Davis writes in such accurate and descriptive detail that the story has a surreal cinematic quality. Fans of Davis will find this one to be a charming page-turner with a moderate religious tone.
— Susannah Balch

Davis has crafted an easy read for those who are partial to historical romance.
— Publishers Weekly