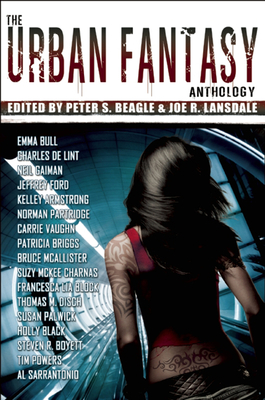 Peter S. Beagle is the best-selling author of The Last Unicorn, which has sold a reported five million copies since its initial publication in 1968. His other novels include A Fine & Private Place, The Innkeeper's Song, and Tamsin. His short fiction has been collected in four volumes by Tachyon Publications, including The Rhinoceros Who Quoted Nietzsche, The Line Between, We Never Talk About My Brother, and Sleight of Hand. He has won the Hugo, Nebula, Mythopoeic, and Grand Prix de l'Imaginaire awards as well as the World Fantasy Award for Lifetime Achievement. Joe R. Lansdale is the author of more than thirty novels, including the Edgar Award?winning Hap and Leonard mystery series (Mucho Mojo, Two Bear Mambo) and the New York Times Notable Book The Bottoms. More than two hundred of his stories have appeared in such outlets as Tales From the Crypt and Pulphouse, and his work has been adapted for The Twilight Zone and Masters of Horror. Lansdale has written several graphic novels, including Batman and Fantastic Four. He is a tenth-degree black belt and the founder of the Shen Chuan martial art.

"Beagle proves that he is as good an editor as he is a writer, with this anthology of modern fantasy short fiction" Booklist

"This is one of the best reprint anthologies of the year in terms of literary value, and you certainly get more than your money's worth of good fiction." —Locus (November 1, 2011)

"An essential book not only for longtime followers of such intriguing stories, but those who thought fantasy only took place in the completely imagined worlds of J.R.R. Tolkien" www.Bookgasm.com

"[This book was] as thought provoking as it was enjoyable." All Things Urban Fantasy (August 2011)

"A rich, full, experimental and long-lasting contribution to the ecology of Fantasy. It's perfectly arranged and intentionally diverse." New York Journal of Books (August 2011)

"An excellent collection of stories that showcases the best of urban fantasy writing (however you define it). Definitely a must read!" Interzone (September 2011)

"Every single story in this collection has been well chosen and polished brightly. . . . I highly recommend those with even a vague interest in urban fantasy to add The Urban Fantasy Anthology to their collection." Green Man Review

"An excellent collection of fantasy that showcases the best of urban fantasy (however you define it). Definitely a must read!" Interzone (October 15, 2011)