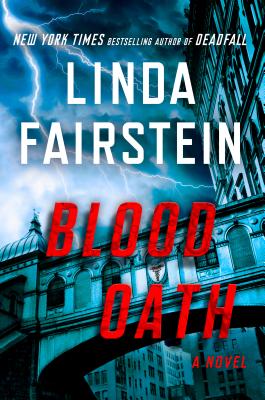 Assistant DA Alexandra Cooper of the Manhattan Sex Crimes Unit is finally back at work following a leave of absence, and not a moment too soon. With more women feeling empowered to name their abusers, Alex is eager to return to the courtroom to do what she does best. But even she can't anticipate the complexity of her first case when she meets Lucy, a young woman who testified years earlier at a landmark federal trial . . . and now reveals that she was sexually assaulted by a prominent official during that time.

Yet Lucy's isn't the only secret Alex must uncover, with rumors swirling about one colleague's abusive conduct behind closed doors and another's violent, mysterious collapse. As the seemingly disparate cases of her client, adversary, and friend start to intertwine, Alex, along with NYPD detectives Mike Chapman and Mercer Wallace, finds herself in uncharted territory within Manhattan's Rockefeller University, a premier research institute, hospital, and cornerstone of higher learning. But not even the greatest minds in the city can help her when unearthed secrets begin to collide in dangerous ways . . . and unless she can uncover the truth, the life-saving facility just may become her grave.

Linda Fairstein was chief of the Sex Crimes Unit of the district attorney’s office in Manhattan for more than two decades and is America’s foremost legal expert on sexual assault and domestic violence. Her Alexandra Cooper novels are New York Times and international bestsellers which have been translated into more than a dozen languages, and she is also the author of the Devlin Quick Mysteries for middle grade readers. Fairstein lives in Manhattan and on Martha’s Vineyard.

"[The] broadest, most ambitious tale yet in the sterling Alexandra Cooper series....This is a masterpiece of form and function, featuring prescient societal commentary wrapped in the fabric of a thriller.”—Providence Journal

“A fastpaced battle of wits leading to a hair-raising climax…fans will get what they came for here. Fairstein is an A-lister.”—Booklist

“Fairstein's vast experience of working as a pioneer in sex crimes investigations enables her to make Alex's efforts both plausible and fascinating.”—Publishers Weekly

"[W]ell written and deftly plotted..After taking 2018 off, Linda Fairstein quickly recaptures her spot among the very best in the genre, touching on a number of timely issues in Blood Oath, one of her best thrillers to date.”—TheRealBookSpy.com

"It is positively an Alfred Hitchcock, white-knuckled ending awaiting the reader.” --Bookreporter.com

"Fairstein is at her very best here." --TheRealBookSpy.com

"From the opening scene to the end, this book is written in such a way that reader can’t put it down....Hugely entertaining, Blood Oath is a great pick for fans of fast-paced thrillers.”—MysteryTribune.com


More Praise for Linda Fairstein and her Novels

“The Queen of Intelligent Suspense.”—Lee Child

“Alex Cooper is a fascinating heroine...based on the equally fascinating life of her creator.”—O, The Oprah Magazine

“One of the best crime fiction writers in America today.”—Nelson DeMille

“Fairstein is superbly attuned to the sinister vibes of the famous, as well as forgotten, New York City locales.”—Maureen Corrigan, NPR.org

“Riveting....[Fairstein is] as good a writer as any in the genre, and with her latest, has elevated her talent to a level seldom seen in the genre.”—Providence Journal

“No one is better than Fairstein at meshing research with character and plot.”—Connecticut Post