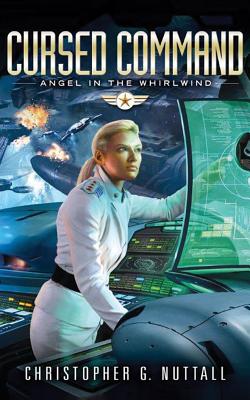 Captain Kat Falcone owes her life and career to her former right-hand man, William McElney, and she did everything in her power to make sure he was front and center for a promotion. But now that he has it, she fears he'll have to watch his back. Captain McElney has been assigned to HMS Uncanny--nicknamed Unlucky--a heavy cruiser tainted by the mysterious deaths of two former captains and rumors of mutineers. Nevertheless, as the interstellar war with the Theocracy rages on, the Uncanny will travel in tandem with Kat's starship, HMS Lightning, to the notoriously lawless Jorlem Sector to forge alliances for the Commonwealth and quash rampant piracy.

As Captain McElney struggles to whip a hostile crew of miscreants into a disciplined fighting force, Kat is saddled with an undermining new executive officer--an untested aristocrat whose bigotry colors his sense of duty. Both captains wage war against ruthless pirates while conspirators aboard the Uncanny plot to seize the ship. When the starships find themselves locked in a death match with an enemy juggernaut, Kat must make a desperate and devastating sacrifice.