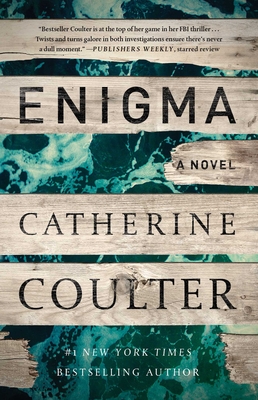 Kara Moody’s perfect pregnancy turns into a nightmare when her newborn son is nowhere to be found in her Georgetown hospital. FBI agents Savich and Sherlock think they’re investigating an abduction, but soon discover their case is tangled in a web of medical mystery that could make immortality possible.

Liam Hennessy, notorious thief and one of the FBI’s most wanted, has escaped into the deep woods of the Appalachians—and when he wants to be hidden, few can find the Manta Ray.

Special agents Jack Cabot and Cam Wittier are sent to find him, but they find something else entirely.

A FBI team running out of time…

As each agent tirelessly pursues their prey, the clock is ticking. The odds grow ever slimmer that Kara Moody will ever see her baby again. Savich and his team will have to go way beyond the ordinary if they are to solve the cases of a lifetime.