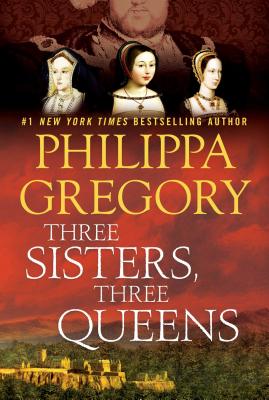 “There is only one bond that I trust: between a woman and her sisters. We never take our eyes off each other. In love and in rivalry, we always think of each other.”

When Katherine of Aragon is brought to the Tudor court as a young bride, the oldest princess, Margaret, takes her measure. With one look, each knows the other for a rival, an ally, a pawn, destined—with Margaret’s younger sister Mary—to a sisterhood unique in all the world. The three sisters will become the queens of England, Scotland, and France.

United by family loyalties and affections, the three queens find themselves set against each other. Katherine commands an army against Margaret and kills her husband James IV of Scotland. But Margaret’s boy becomes heir to the Tudor throne when Katherine loses her son. Mary steals the widowed Margaret’s proposed husband, but when Mary is widowed it is her secret marriage for love that is the envy of the others. As they experience betrayals, dangers, loss, and passion, the three sisters find that the only constant in their perilous lives is their special bond, more powerful than any man, even a king.

Philippa Gregory is the author of many New York Times bestselling novels, including The Other Boleyn Girl, and is a recognized authority on women’s history. Many of her works have been adapted for the screen including The Other Boleyn Girl. She graduated from the University of Sussex and received a PhD from the University of Edinburgh, where she is a Regent. She holds honorary degrees from Teesside University and the University of Sussex. She is a fellow of the Universities of Sussex and Cardiff and was awarded the 2016 Harrogate Festival Award for Contribution to Historical Fiction. She is an honorary research fellow at Birkbeck, University of London. She founded Gardens for the Gambia, a charity to dig wells in poor rural schools in The Gambia, and has provided nearly 200 wells. She welcomes visitors to her website PhilippaGregory.com.

"Mesmerizing, intimate...Gregory defines what it means to be a writer of historical fiction. She lures readers straight into the hearts and minds of her characters by masterful storytelling and brilliant reimagination blended with historical fact. She brings history to life."
— RT Book Reviews

"A fictional tale as steeped in history as it is in intrigue and family dysfunction....Gregory excels in plucking real-life women out of their secondary places in the historical chorus and placing them stage center in starring roles."
— Booklist

"Philippa Gregory’s historical fiction about the Tudors, including the best-seller The Other Boleyn Girl, has earned her a devoted following, and Three Sisters, Three Queens is sure to bring her more."
— St. Paul Pioneer Press

“The ultimate job in centuries past was ruling. Historical fiction maven Gregory (The Other Boleyn Girl) takes on three women, all part of King Henry VIII’s world, who serve as queens of England, France, and Scotland.”
— Library Journal

"By the time I had read the first few pages of Three Sisters, Three Queens, I knew that once again Gregory had grabbed me by the collar and simply wouldn't let me go. . . . Although the urge to race through the novel to see what happens next is strong, smart readers will read slowly and savor the chance to travel back in time and live in an era that can now be found only in the pages of such a magical book.”
— Book Reporter

Praise for The Taming of the Queen:

“Full of vivid details and fraught with the constant tension of a court run by a madman, this novel will appeal most to historical fiction readers and those who enjoyed Wolf Hall. . . . Gregory beautifully builds the suspense.”—Library Journal

“Gregory does her usual excellent job of ratcheting up the intrigue and suspense as another intelligent and strong-willed heroine fights for her life and her legacy.”—Booklist

Praise for The King's Curse:

"Loyalties are torn, paranoia festers and you can almost hear the bray of royal trumpets as the period springs to life. It’s a bloody irresistible read."
— People

“Infuses vitality into an oft-forgotten player in the aftermath of the War of the Roses—Margaret Poole, heiress to the defeated Plantagenet clan.”
— Closer

“Margaret’s story is shocking, deeply moving and offers an alternative view on a much-told tale. Gregory is on form here; her depiction of Henry VIII’s transformation from indulged golden boy to sinister tyrant is perfectly pitched and seems more horrific still when we are made intimate witnesses to the devastation of Margaret’s family. . . . I defy anyone to remain dry-eyed as the story reaches its tragic denouement.”—The Sunday Express (UK)

“[A] gripping and detailed chronicle, with plenty of court intrigue and politics to spice up the action . . . . Highly recommended.” —Library Journal (starred review)

"Gregory manages to keep us in suspense as to what will befall her characters....Under [her] spell, we keep hoping history won't repeat itself.”—Kirkus Reviews

"An illuminating portrait. . . Gregory moves confidently through a tangle of intrigue, revenge, and tyranny toward a shocking betrayal."—Publishers Weekly


Praise for The White Princess:

“This rich tapestry brings to vivid life the court of Henry and Elizabeth. Meticulously drawn characters with a seamless blending of historical fact and fiction combine in a page-turning epic of a story. Tudor-fiction fans can never get enough, and they will snap this one up.”—Library Journal (starred review)

"The White Princess features one of the more intriguing theories about the possible fate of the princes."—The Washington Post

“The queen of royal fiction.”—USA Today