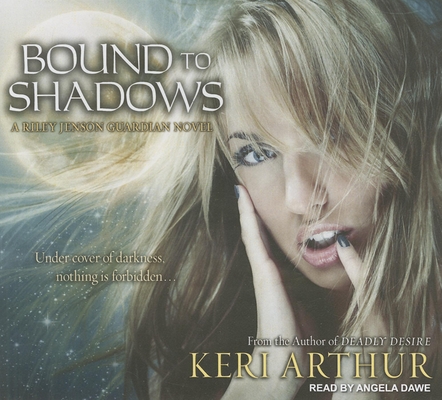 By Keri Arthur, Angela Dawe (Narrated by)
Email or call for price.
Out of Print

In the darkness, demons come out to play... ...and someone must bring their sins to light. Part vampire, part werewolf, Riley Jenson knows what can happen when vamps don't play well with others. But she's never seen anything like this: a series of brutal murders surrounding the latest hot spot for vampire-human hookups-and the victims aren't just killed, they're beheaded. Now Riley is launching into action, toying with a seductive-and highly suspicious-club owner, and finding herself in the middle of another mystery: women being killed one by one without a trace of violence. For Riley, solving multiple cases-in a world going mad with human and vampire passions-would have been tough enough. Instead, she has two jealous lovers on her hands: Kye Murphy, the amber-eyed werewolf who makes Riley's wolf blood howl-and Quinn, the cool, elegant vamp who has over a thousand years' experience at fulfilling women's desires. While she's busy juggling these two sexy beasts, Riley's detective work takes a stunningly violent turn. Finding a murderer is now a matter of life and death. Especially since the killer has long since found her...

Angela Dawe's work includes film, television, theater, and improvisational comedy, as well as audiobook narration. Among Angela's recordings are "The Sheen on the Silk" by Anne Perry and "Savor the Moment" by Nora Roberts.