The Reckoning: Book Two of the Taker Trilogy (Mass Market) 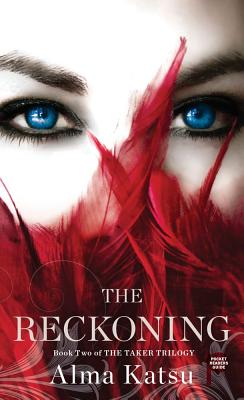 Alma Katsu was born in Alaska and raised near Concord, Massachusetts. She has a BA in writing from Brandeis University and an MA from the Johns Hopkins Writing Program. She is the author of the Taker trilogy (The Taker, The Reckoning, and The Descent) and The Hunger. She lives with her husband in Virginia. Visit her on Twitter @AlmaKatsu.

“Grips you from start to finish. . . . Fascinating and thrilling. A unique, enduring story of the paranormal!” —Historical Novel Review

“With The Reckoning, obsession is taken to a whole new level….The characters in this trilogy are fascinating…Adair is the perfect mix of villain and ‘hot guy.’ Not only is this a good sequel, but it’s a powerful lead-in to what is sure to be the final, unforgettable chapter in Lanore’s amazing life.” —Suspense Magazine

“Fans of Katsu’s haunting novel The Taker can finally indulge in their next juicy fix. . . . Gripping, pulse-pounding. . . . A whole new level of suspense.” —Night Owl Reviews

“The Taker blew my mind and The Reckoning had me on the edge of my seat from start to finish. This is a must read series.” —Hooked on Books