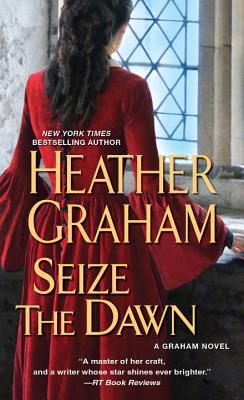 "A master of her craft, and a writer whose star shines ever brighter." --RT Book Reviews

Bold and beautiful, Lady Eleanor of Clarin--sole heir to her ancestral lands--chooses to marry an aging French noble rather than Edward I's choice of a brutal knight. To preserve Clarin and defeat the rebellious Scots who killed her father, she would gladly give her hand to the devil himself.

But when the fiery Highland outlaw Brendan Graham takes her hostage, he also inspires her deepest desires. Now, as Eleanor is swept away from her beloved land and into an arranged marriage, she will be surrounded by treachery and accused of murder. Only one man can rescue her from the torture and death that lie ahead. The man who should remain her greatest enemy…yet holds her heart--and her very life--in his hands.

New York Times and USA Today bestselling author Heather Graham has written over one hundred novels and novellas and is a founding member of the Florida Romance Writers chapter of RWA. She has been published in approximately twenty languages, and has been honored with awards from Georgia Romance Writers, Affaire de Coeur, Romantic Times, and more. She has had books selected for the Doubleday Book Club and the Literary Guild, and has been quoted, interviewed, or featured in such publications as The Nation, Redbook, People, and USA Today, and appeared on many newscasts including local television and Entertainment Tonight.