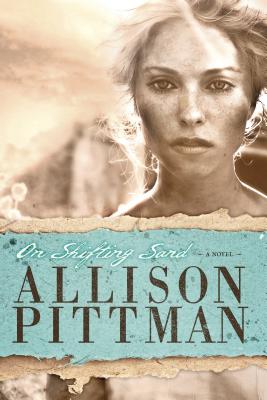 By Allison Pittman
Email or call for price.
Out of Print

Long before anyone would christen it "The Dust Bowl," Nola Merrill senses the destruction. She's been drying up bit by bit since the day her mother died, leaving her to be raised by a father who withholds his affection the way God keeps a grip on the Oklahoma rain. A hasty marriage to Russ, a young preacher, didn't bring the escape she desired. Now, twelve years later with two children to raise, new seeds of dissatisfaction take root.

When Jim, a mysterious drifter and long-lost friend from her husband's past, takes refuge in their home, Nola slowly springs to life under his attentions until a single, reckless encounter brings her to commit the ultimate betrayal of her marriage. For months Nola withers in the wake of the sin she so desperately tries to bury. Guilt and shame consume her physically and spiritually, until an opportunity arises that will bring the family far from the drought and dust of Oklahoma. Or so she thinks. As the storms follow, she is consumed with the burden of her sin and confesses all, hoping to find Russ's love strong enough to stand the test.