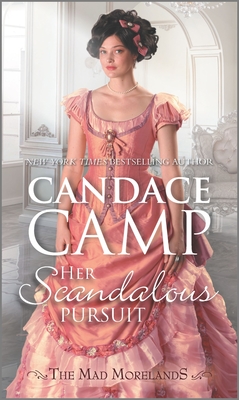 The long-awaited prequel to the Mad Morelands series--the story of Thisbe, the oldest Moreland daughter. Thisbe Moreland is used to men not taking her seriously. As a scientist, she's accustomed to being the only woman at lectures and meetings, her presence met with scorn and derision. So it comes as a pleasant surprise when she sits next to a handsome young man who is actually interested in having a conversation about science. Desmond Harrison cannot believe his good fortune when he sits next to Thisbe--she's intelligent and incredibly beautiful. He longs to see her again--but he's ashamed of his low birth. Not to mention his employment with the infamous Professor Gordon, a formerly respected scientist who turned to spiritualism and is now deeply scorned. When Professor Gordon demands that Desmond recover an artifact for him--an ancient object reputed to have terrible power, known as the Eye of Annie Blue--Desmond realizes that only Thisbe holds the key. Desmond must choose between his love for Thisbe and his loyalty to his mentor...but humanity's very future will depend on his choice.