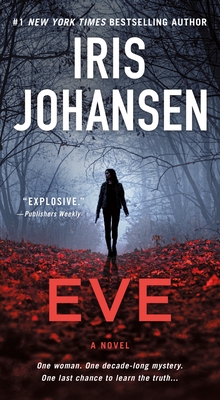 The #1 bestselling author Iris Johansen delivers the first in a trilogy that will begin to answer questions that have haunted her legion of fans for over a decade, in her next novel of breathtaking suspense

Eve Duncan's mission in life is to bring closure to the families who have experienced the agony of a missing child. As a forensic sculptor, she is able to piece together bones, create a face, and bring an identity to a child who would have otherwise gone unidentified. Eve is brilliant, driven, and tormented—because her own daughter, Bonnie, was taken from her years ago. But now, with the help of a CIA agent, Eve has uncovered some startling new evidence: A man with a connection to Bonnie that had been all but buried. His name is John Gallo. He's from Eve's own past. His whereabouts are unknown. And he might just be the missing piece to the puzzle that has haunted Eve for years…

“With events coming to a terrifying head, Johansen is on track to deliver a truly unforgettable trilogy!” —RT Book Reviews on Eve (Top Pick!)

“With an imaginative plot and gut-wrenching action…this novel packs a wallop and is impossible to put down.” —Tucson Citizen on Eight Days to Live

“You'll want to keep the lights on while reading!” —Romantic Times BOOKreviews on Blood Game

“Johansen is becoming a master of the macabre and paranormal thriller, and her latest riveting Eve Duncan tale has it all, from ghosts and secret cults to supernatural avengers.” —Booklist on Blood Game

“Readers won't soon forget either the enigmatic hero or the monstrous villain. This one's chilling to the bone!” —Romantic Times BOOKreviews on Deadlock

“Keeping the tension high and the pace relentless, prolific and compelling Johansen adds depth to her popular characters as she continues this suspenseful series.” —Booklist on Quicksand

“An exhilarating thriller…suspense that will keep readers on the edge of their seats.” —Booklist on Pandora's Daughter

“A fast-paced, non-stop, clever plot in which Johansen mixes political intrigue, murder, and suspense.” —USA Today on The Face of Deception

“Thoroughly gripping and with a number of shocking plot twists…packed all the right elements into this latest work: intriguing characters; creepy, crazy villain; a variety of exotic locations.” —New York Post on The Search