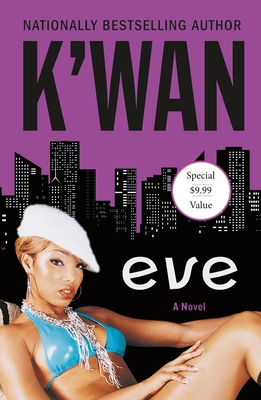 From national bestselling author K'wan comes a novel about one of the deadliest women to ever happen to the streets—Eve.

The only family Eve Panelli has ever known is the infamous Twenty Gang. Orphaned as a small child, Eve quickly learned the art of the hustle, and by age seventeen she had spent two years in prison. But now Eve is eighteen, back on the streets of Harlem with her gang and up to one of her old tricks: strong-arm robbery. Despite her edge, she's got a soft spot for Felon, the up-and-coming street king.

Eve's life takes a serious turn when the powerful DeNardi family, the city's biggest drug supplier, tries to tighten its hold on Harlem. And when Eve's best friend, Cassidy, is murdered in the crossfire, Eve seeks revenge—starting all the way at the top.

K'WAN is the #1 Essence bestselling author of Welfare Wifeys, Section 8, Gutter, Still Hood, Hood Rat, and others. He wrote his first novel, Gangsta, as a therapeutic release, and it went on to become an Essence bestseller and a part of urban-lit history. In 2008 he received the Black Author of the Year Award from Black Press Radio. He has been featured in Time, KING, The New York Press, and on MTV and BET. Besides an author, K’wan is also a motivational speaker, a mentor to at-risk children and the C.E.O of Black Dawn, Inc. He lives in New Jersey.