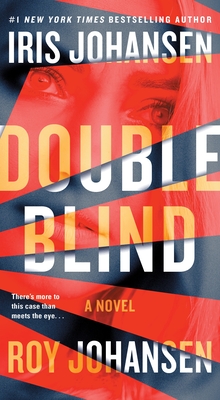 The #1 New York Times bestselling and Edgar Award–winning authors are back with an electrifying new novel, starring Kendra Michaels, that will leave your heart racing.

LOOK CLOSER AND YOU WILL FIND THAT NOTHING IS AS IT SEEMS...

Kendra Michaels has no interest in helping the FBI with their head-scratcher of a new case—until she hears some disturbing details about the victim. The young woman died holding an envelope with Kendra’s name on it—its only contents a flash drive with a seemingly innocuous video of an unfamiliar wedding reception. Formerly blind and now a hired gun for law enforcement agencies that rely on her razor-sharp powers of observation, Kendra has no clue why this woman died trying to get the information to her. And before they can answer that question, the bride from the video is abducted from her suburban home. Is Kendra the next victim?

And so the hunt is on for a killer whose nightmarish plan becomes painfully clear—involving a powerful law firm, a multi-billion dollar corporation, and of course Kendra herself. As the body count rises, Kendra joins forces with private investigator Jessie Mercado and agent-for-hire Adam Lynch to put a stop to this plot as it grows ever closer to its terrifying conclusion.


The Kendra Michaels series is:

Roy Johansen is an Edgar Award--winning author and the son of Iris Johansen. He has written many well-received mysteries, including Deadly Visions, Beyond Belief, and The Answer Man.

Praise for the Kendra Michaels series:

"This read goes from good to great to spectacular as the hunt between predator and prey never stops. As always behind the name ‘Johansen’ in reviews, this is a definite 5-Star." —Suspense Magazine on The Naked Eye

"Gripping...the authors combine idiosyncratic yet fully realized characters with dry wit and well-controlled suspense that builds to a satisfying conclusion." —Publishers Weekly on Close Your Eyes