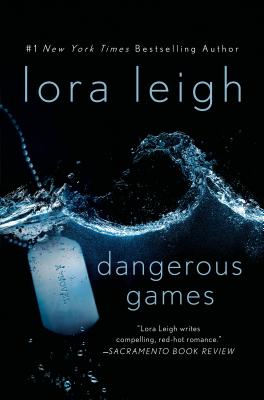 "Leigh's pages explode with a mixture of erotic pleasures." -RT Book Reviews
#1 New York Times bestselling author, Lora Leigh's sexy Navy SEALs series, the Tempting SEALs, is red-hot, sexy romantic suspense at its best, featuring men who will stop at nothing to protect their country and all they love no matter how dark the danger, no matter what demons they must face. And when these men love, their passion runs deep and hard. Navy SEAL Clint" Iceman" McIntire earned his name by being the ultimate warrior. He's untouchable, unstoppable and he takes no prisoners. Having crushed an infamous drug cartel in Columbia, Clint was nothing short of an American hero. Now he's home on a much-needed leave, but instead of some R & R, he finds himself neck-deep in the hottest kind of trouble with his best friend's seemingly innocent little sister, Morgana Chavez, the only woman who has the power to bring him to his knees... Morgana has been secretly working with the DEA to uncover a thriving date-rape drug, which leads her to a shadowy faction that is more deadly than anything her team has ever encountered. Now, it's up to Clint to keep this beautiful, determined agent out of harm's way, even while the explosive passion between them threatens to consume them both. But these Dangerous Games will bring Morgana and Clint to the very edge of high stakes danger and perilous desire.

#1 New York Times bestseller, LORA LEIGH is the author of the Navy SEALS, the Breeds, the Elite Ops, the Callahans, the Bound Hearts, and the Nauti series.

“Lora Leigh has once again penned a marvelous novel of suspense and raw passion.” —Romance Junkies

“Lora Leigh writes a tempting, enchanting romance that readers are certain to devour in one sitting... I simply couldn't put it down.” —Sinclair Reid, Romance Reviews Today

“I am just amazed at the skill it takes to write a gut-wrenching plot that leaves you wanting more.” —Serena ~ Fallen Angel Reviews

“Ms. Leigh has great talent in writing in this genre, bringing her characters to life and not just concentrating on the sexual escapades to carry the story.” —Kari ~ Love Romances