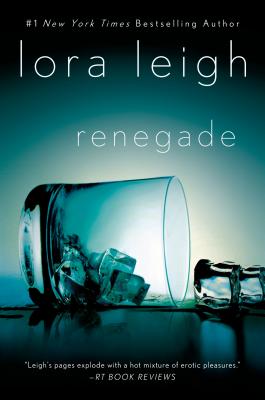 By Lora Leigh
Email or call for price.
Out of Print

As a bridal shop owner, Mikayla Martin helps make women's wedding dreams come true. Her own life, however, has become a nightmare since she witnessed a murder—and got an up-close-and-personal look at the killer. What's worse: She knows she knows him. But the police, after doing an alibi check, don't believe her. It's up to Mikayla to prove them wrong…and do whatever it takes to solve the murder by herself.

Elite Ops agent Nikolai Steele, code name Renegade, is asked to pay an old comrade a favor. This friend swears he's no killer—and Nik believes him—even though he's been mistaken as one by Mikayla. So Nik goes to set her straight…but the moment he lays eyes on the fiery and determined beauty, he knows he's in too deep. A woman this irresistible can only mean trouble and, sure enough, after sticking her nose in one too many places, someone wants Mikayla dead. Now, in this novel from Lora Leigh, Nik must find a way to keep her safe, clear his friend's name, and find the real killer, who remains on the loose…

#1 New York Times bestseller, LORA LEIGH is the author of the Navy SEALS, the Breeds, the Elite Ops, the Callahans, the Bound Hearts, and the Nauti series.