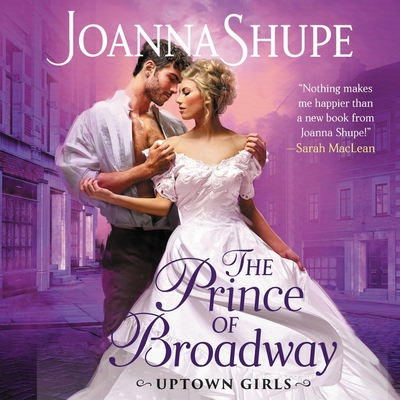 In the second novel in Joanna Shupe's the Uptown Girl series, a ruthless casino owner bent on revenge finds his plans upended by a beautiful woman who proves to be more determined than he is--and too irresistible to deny.

As the owner of the city's most exclusive casino, Clayton Madden holds the fortunes of prominent families in the palms of his hands every night. There is one particular family he burns to ruin, however, one that has escaped his grasp . . . until now.

Florence Greene is no one's fool. She knows Clayton Madden is using her to ruin her prestigious family . . . and she's using him right back. She plans to learn all she can from the mysterious casino owner--then open a casino of her own just for women.

With revenge on his mind, Clay agrees to mentor Florence. However, she soon proves more adept--and more alluring--than Clay bargained for. When his plans are threatened, Clay must decide if he is willing to gamble his empire on love.