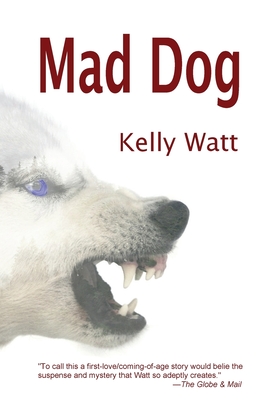 It's the summer of 1964 and the Supremes are the reigning queens of radio. Sheryl-Anne MacRae dreams of running away from her home on an apple orchard in southwestern Ontario to find her missing mother. But the teenager's plans are put on hold when her uncle and guardian, Fergus, the local pharmacist and an amateur photographer, brings home a handsome young hitchhiker. When Sheryl-Anne meets the guitar-toting Peter Lucas Angelo, she falls in love. But life in Eden Valley is not as idyllic as it seems. As the summer progresses, Peter is pulled deeper into Fergus's dangerous underworld--a world of sex, drugs, pornography and apocalyptic visions. Through the na ve eyes of the ethereal 14-year old Sheryl-Anne, Kelly Watt explores themes of child abuse and sexual deviance, and the secrets, dissociation and denial that allow it to flourish. A Gothic tale told in vivid, often hallucinogenic prose, Mad Dog was a 2001 Globe and Mail notable book and Watt's first novel.