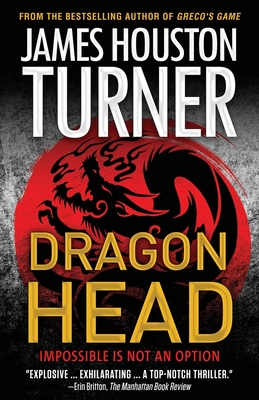 One and a half billion dollars vanishes out of a numbered account into a cyberspace maze. But the thief who stole it lies dead on the tracks of Hong Kong's Mass Transit Railway, his access codes having perished with him.

If this were simply an issue of missing money, the United States would not be concerned. But a Hong Kong crime boss named Dragon Head wants the money to fund an army of hackers, one of whom has already penetrated America's GPS network. The result: a midair collision that kills more than a thousand people.

With national security at stake, the Director of National Intelligence becomes very interested in the whereabouts of that money. He wants the funds to remain lost. But Dragon Head wants them found. And Colonel Aleksandr Talanov is caught in the middle.

Both sides think Talanov knows where the money is. But Talanov doesn't have a clue. So both sides threaten to kill his closest friends unless he locates and surrenders the money. It's an impossible situation when impossible is not an option, because whatever choice Talanov makes, someone will die.