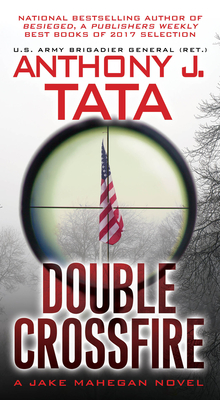 President By Any Means Necessary

Despite the election results, losing candidate Jamie Carter refuses to accept businessman and political newbie Jack Smart as her president. In fact, Carter is determined to take her rightful place in the White House—by any means necessary. Once she maneuvers her way into the Senate, only three people stand in her way: the Speaker of the House, the Vice President, and the President himself . . .

The countdown begins. The assassins are ready. But when one of them tries to kill the CIA Director under Jake Mahegan’s watch, the plan is momentarily derailed. Jake is able to prevent one murder—but the conspiracy is too big, and too insidious, to stop now. Senator Jamie Carter is the mastermind behind one of the bloodiest coups ever conceived. Her highly trained killers are closing in on all the president’s men. And the course of American history will be changed forever—on Assassination Day . . .

“This is the best thriller yet by the former brigadier general.”
—Booklist STARRED REVIEW on Dark Winter

Brigadier General Anthony J. Tata, U.S. Army (Retired), is the national bestselling author of Direct Fire, Reaper Ghost Target, Besieged (a Publishers Weekly Top 10 Best Mystery/Thriller of 2017), Three Minutes to Midnight, Foreign and Domestic, and the Threat series. During his active duty military career, he commanded combat units in the 82nd and 101st Airborne Divisions and the 10th Mountain Division. His last combat tour was in Afghanistan in 2007 where he earned the Combat Action Badge and the Bronze Star Medal. He is a frequent foreign policy guest commentator on Fox News, CNN, and One America News Network’s Tipping Point with Liz Wheeler. Previously, General Tata served as the Secretary of Transportation of North Carolina, Superintendent of Schools for Wake County Public School System, and Chief Operating Officer of Washington, DC, Public Schools.

Brigadier General Tata donates a portion of his earnings to the USO Metro DC, the North Carolina Heroes Fund, and the Michael Murphy Foundation.