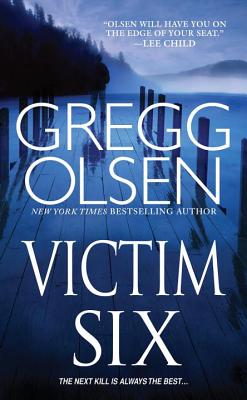 By Gregg Olsen
$7.99
Hard to Find - Unlikely to be Available

The bodies are found in towns and cities around Puget Sound. The young women who are the victims had nothing in common—except the agony of their final moments. But somebody carefully chose them to stalk, capture, and torture. . .a depraved killer whose cunning is matched only by the depth of his bloodlust. But the dying has only just begun. And next victim will be the most shocking
of all. . .

"Grabs you by the throat." —Kay Hooper

#1 New York Times, USA Today, and Wall Street Journal bestselling author GREGG OLSEN has written over twenty books. He has received numerous awards and much critical acclaim for his fiction and nonfiction. He’s been a guest on Good Morning, America; Dateline; CBS Early Show; Entertainment Tonight; CNN; Fox News; 48 Hours; and other national and international TV programs. The Seattle native and his wife live in rural Washington State, where he’s now at work on his next thriller. Readers are invited to connect with him via Facebook and twitter and to visit his website, www.greggolsen.com.