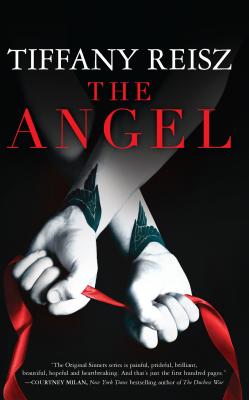 By Tiffany Reisz
Email or call for price.
Out of Print

No safe word can protect the heart Infamous erotica author and accomplished dominatrix Nora Sutherlin is doing something utterly out of character: hiding. While her longtime lover, S ren--whose fetishes, if exposed, would be his ruin--is under scrutiny pending a major promotion, Nora's lying low and away from temptation in the lap of luxury. Her host, the wealthy and uninhibited Griffin Fiske, is thrilled to have Nora stay at his country estate, especially once he meets her traveling companion. Young, inexperienced and angelically beautiful, Michael has become Nora's prot g , and this summer with Griffin is going to be his training, where the hazing never ends. But while her flesh is willing, Nora's mind is wandering. To thoughts of S ren, her master, under investigation by a journalist with an ax to grind. And to another man from Nora's past, whose hold on her is less bruising, but whose secrets are no less painful. It's a summer that will prove the old adage: love hurts.

Tiffany Reisz lives in Lexington, Kentucky. She graduated with a B.A. in English from Centre College and is making her parents and her professors proud by writing erotica under her real name. She has five piercings, one tattoo, and has been arrested twice. When not under arrest, Tiffany enjoys Latin Dance, Latin Men, and Latin Verbs. She dropped out of a conservative seminary in order to pursue her dream of becoming a smut peddler. If she couldn t write, she would die."