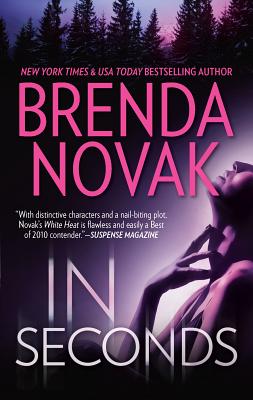 By Brenda Novak
Email or call for price.
Out of Print

They're back... Laurel Hodges has changed her identity twice. She's been on the run for the past four years, trying to outdistance the gang members who blame her for the death of one of their own. She's finally found peace and stability in the small town of Pineview, Montana. But just when Laurel thinks she and her children are safe...the nightmare starts all over again. The Crew, a ruthless prison gang with ties to Laurel's brother, will never forget and they'll never forgive. And now that they've finally tracked her down, they'll stop at nothing. Sheriff Myles King, who happens to live next door with his thirteen-year-old daughter, appoints himself Laurel's personal guardian. His growing attraction to her could change his life--Myles is beginning to picture marriage and family. But it could also end his life. If he can't save her, everything he's built, everything he wants, could be destroyed. In seconds...

New York Times and USA Today Bestselling Author Brenda Novak has penned over 40 novels. A two-time Rita nominee, she's won The National Reader's Choice, The Bookseller's Best, The Bookbuyer's Best and many other awards. She runs an annual on-line auction for diabetes research every May at www.brendanovak.com. To date, she\u2019s raised over $1 million. Brenda considers herself lucky to be a mother of five and married to the love of her life.

"I felt a real connection to the characters... It was an exciting, intriguing read."

Novak "builds her characters and plot by adding genuine and recognizable feelings-from angst to passion to terror and beyond... A great end to a wonderful series."

Body Heat "is a definite page-turner."

"Novak expertly blends romantic thrills, suspenseful chills, and realistically complicated characters together in a white-knuckle read that is certain to keep readers riveted to the last page." -Booklist on Body Heat

"Brenda Novak has written the best high-action thriller of 2010. White Heat far exceeded my expectations. From page one I was immediately hooked on this fast action plot that was like solving a Chinese puzzle box." -Midwest Book Review

With "distinctive characters and a nail biting plot, Novak's White Heat is flawless and easily a Best of 2010 contender."