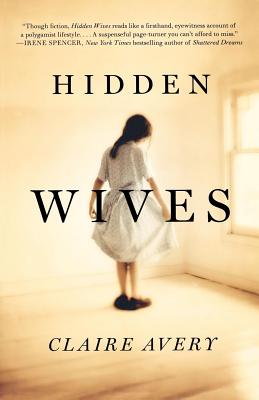 Fifteen-year-old Sara and her beautiful sister, Rachel, are too young to legally drive a car—but are approaching spinsterhood in Utah's secret polygamist Blood of the Lamb community. Having long since reached the "age of preparedness," they will soon be married off to much older men chosen by the hidden sect's revered Prophet.

As Sara, chosen to become her uncle's fifth wife, grows more distraught over her impending incestuous marriage, she begins to scrutinize the faith she has followed blindly her entire life. But for Rachel, who will be married to one of the many powerful community leaders vying for her hand, disobeying the Prophet means eternal damnation. Her friendship with the newest member of the community, the young and handsome Luke, starts as an attempt to save his agnostic soul, but ends with the pair falling helplessly in love. When Rachel is forbidden to see him, her absolute faith in the Prophet is severely tested.

When Rachel's future husband is finally announced, violence erupts, and the girls must find the strength to escape the only life they have ever know…before it's too late.

Claire Avery has woven a stunning tale that could be ripped from today's headlines. Shocking and empowering, Hidden Wives is a page-turning debut that will stay with the reader.

Mari Hilburn, an attorney, and Michelle Poche, a screenwriter and journalist, are sisters who write novels under their joint pseudonym, Claire Avery.

They grew up in Chicago in a cult that combined Catholic fundamentalism with socialism—and plenty of guilt.  When the sisters were in their teens, their father, fearing that the end was near, moved—along with twenty-five other families—to the Ozark Mountains.  There, they lived in a bomb shelter and attempted to raise chickens and grow enough food to survive the coming nuclear holocaust.

Moving to the Dallas-Fort Worth area after high school graduation, the sisters earned degrees in Psychology and Journalism.  Michelle moved to New York and Europe to work as a fashion model, while Mari pursued a career as an attorney in private practice.  Now full- time novelists, Mari lives near Chicago while Michelle lives in Aspen, Colorado. They are the authors of Hidden Wives.

“Avery's captivating story set in the world of polygamy depicts the struggles of two teenage girls deciding whether to follow beliefs ingrained in them from birth. A compelling plot, authentic characters, and a genuine love story make this a great read.” —RT Book Reviews (4 1/2 stars)

“A poignant yet realistic tale of family love, loyalty, and dysfunction set in a ripped-from-the-headlines polygamist cult. This is no watered-down Big Love but a gripping foray into the realities of family ties that strangle. Hidden Wives is an engrossing insider's look into a world where faith is confused with religion, but where the powerful bond between two sisters and their search for justice succeeds in restoring faith in us all.” —Karen White, award-winning author of The Lost Hours

“Hidden Wives is a compelling story that rivets the reader's attention from start to finish. With searing insight, Avery manages to capture the all too real horrors which girls and women must endure inside fundamentalist Mormon and Christian polygamist cults.” —Andrea Moore-Emmett, award-winning author of God's Brothel