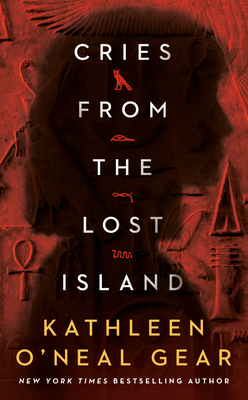 Now in paperback, this standalone fantasy brings an ancient Egyptian mystery to life against a modern background, in a tale expertly crafted by a seasoned anthropologist.

Set against the glory and tragedy of ancient Roman Egypt, this novel explores the greatest love story of all time.

Sixteen-year-old Hal Stevens is a budding historian from a small town in Colorado. A virtual outcast at high school, he has only two friends: Roberto, nicknamed the Biker Witch, and Cleo Mallawi. Cleo claims to be the reincarnation of Queen Cleopatra. She also believes she's being stalked by an ancient Egyptian demon, Ammut, the Devourer of the Dead.

When Hal and Roberto find Cleo murdered in the forest near her home, it appears she may have been telling the truth. Her last request sends them journeying to Egypt with famed archaeologist Dr. James Moriarity, where it quickly becomes clear that Cleo has set them on the quest of a lifetime: the hunt for the lost graves of Marc Antony and Cleopatra.

But they are not alone in their search. Cleo's murderers are watching their every move. And not all of them are human....

Kathleen O'Neal Gear is a New York Times-bestselling author and nationally award-winning archaeologist who has been honored by the U.S. Department of the Interior and the United States Congress. She is the author or co-author of 50 books and over 200 non-fiction articles. Her books have been translated into 29 languages. She lives in northern Wyoming with W. Michael Gear and a wily Shetland Sheep dog named Jake.

Praise for Cries from the Lost Island

"As Egyptian and Roman ghosts and demons haunt the narrative from the first page, readers will not be quite sure what is true and what the characters are imagining. History-lovers will enjoy Hal’s incredible journey." —Booklist

"I loved this book. It not only was a fantastic story with well-developed characters, an engrossing backdrop and enough suspense to keep the reader turning page after page, but it also gives the reader an education about ancient Roman Egypt." —Black Gate Magazine