The Secret of Everything: A Novel (Paperback) 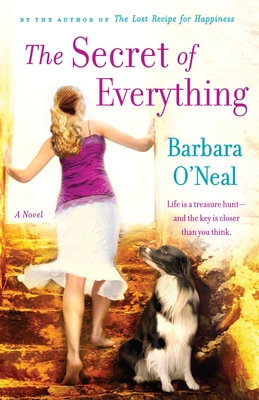 In this spectacular new novel, Barbara O’Neal delivers a generous helping of the best in life–family, food, and love–in the story of a woman’s search for the one thing worth more than anything.

At thirty-seven, Tessa Harlow is still working her way down her list of goals to “fall in love and have a family.” A self-described rolling stone, Tessa leads hiking tours for adventurous vacationers–it’s a job that’s taken her around the world but never a step closer to home. Then a freak injury during a trip already marred by tragedy forces her to begin her greatest adventure of all.

Located high in the New Mexico mountains, Las Ladronas has become a magnet for the very wealthy and very hip, but once upon a time it was the setting of a childhood trauma Tessa can only half remember. Now, as she rediscovers both her old hometown and her past, Tessa is drawn to search-and-rescue worker Vince Grasso. The handsome widower isn’t her type. No more inclined to settle down than Tessa, Vince is the father of three, including an eight-year-old girl as lost as Tessa herself. But Tessa and Vince are both drawn to the town’s most beloved eatery–100 Breakfasts–and to each other. For Tessa, the restaurant is not only the key to the mystery that has haunted her life but a chance to find the home and the family she’s never known.

Barbara O’Neal fell in love with food and restaurants at the age of fifteen, when she landed a job in a Greek café and served baklava for the first time. She sold her first novel in her twenties, and has also published under the names Barbara Samuel and Ruth Wind. Since then she has won a plethora of awards, including two Colorado Book Awards and six prestigious RITAs, including one for The Lost Recipe for Happiness. Her novels have been widely published in Europe and Australia, and she travels all over the world, presenting workshops, hiking hundreds of miles, and, of course, eating. She lives with her partner, a British endurance athlete, and their collection of cats and dogs, in Colorado Springs.