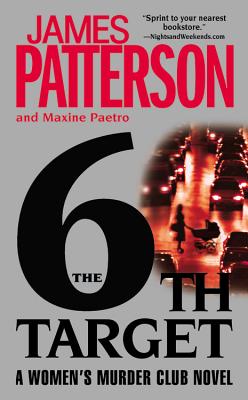 When a horrifying attack leaves one of the Women's Murder Club struggling for her life, the others fight to keep a madman behind bars before anyone else is hurt.
Lindsay Boxer and her new partner in the San Francisco police department are racing to stop a series of kidnappings that has electrified the city: children are being plucked off the streets together with their nannies, but the kidnappers aren't demanding ransom. Amid uncertainty and rising panic, Lindsay juggles the possibility of a new love with an unsolvable investigation, and the knowledge that one member of the club could be on the brink of death.
And just when everything appears momentarily under control, the case takes a terrifying turn, putting an entire city in lethal danger. Lindsay must make a choice she never dreamed she'd face-with no certainty that either outcome has more than a prayer of success.

"It doesn't get much better than this--so sprint to your nearest bookstore and pick up a copy."—nightsandweekends.com

"A maddeningly compelling read - the kind that only Patterson can assemble."—EdgeMiami.com

"Patterson and Paetro deliver an engaging, accessible, fast-moving read, with several intriguing plot threads and regular surprises up to the very last page. I always enjoy spending time with the Women's Murder Club and look forward to the inevitable shockers ahead in their seventh outing together."—Bookloons.com

"Another outstanding addition to an already impressive body of work."—ArmchairInterviews.com

"With THE 6TH TARGET, James Patterson once again proves that he is a great writer who can deliver a fast-paced story that can grab the readers and hold on to them until the very last page."—ReviewingtheEvidence.com