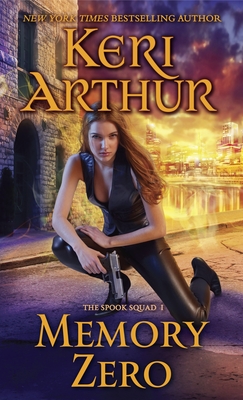 For Sam Ryan, life began at age fourteen. She has no memory of her parents or her childhood. In a decade of service with the State Police, Sam has exhausted the resources of the force searching for clues to her identity. But all mention of her family seems to have been deliberately wiped off the record. Everything changes the night Sam’s missing partner resurfaces as a vampire . . . and forces her to kill him in self-defense. Now Sam is charged with murder. Suspended from the force, and with no one left to trust, Sam accepts some unexpected help from Gabriel Stern, a shapeshifter who conceals startling secrets.

While investigating the circumstances surrounding her partner’s strange behavior, Sam discovers that Garbriel’s been involved with a dangerous organization that’s planning a war on the human race. More immediate, someone is guarding the truth about Sam’s past—someone who’d rather see her dead than risk her knowing too much. To stay alive, Sam must unravel the threads of her past—and find out not only who she is but what she is.