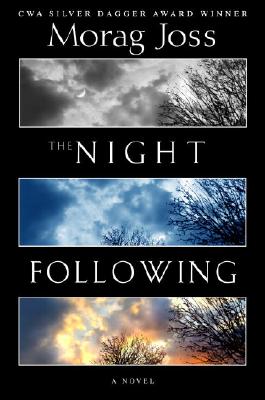 On a blustery April day, the quiet, rather private wife of a doctor discovers that her husband has been having an affair. Moments later, driving along a winding country road and distracted perhaps by her own thoughts, perhaps blinded by sunlight, she fails to see sixty-one-year-old Ruth Mitchell up ahead, riding her bicycle. She hits her, killing her instantly. And drives away.

The hit-and-run driver is never found. But the doctor’s wife, horrified by what she has done, begins to unravel. Soon she turns her attention to Ruth’s bereaved husband, a man staggering sleeplessly through each night, as unhinged by grief as the killer is by guilt.

Arthur Mitchell does not realize at first that someone has begun watching him through his windows, worrying over his disheveled appearance, his increasingly chaotic home. And when at last she steps through his doorway, secretly at first, then more boldly, he is ready to believe that, for reasons beyond his understanding, his wife has somehow been returned to him….

A story of loss, lies, and wrongdoing, astonishingly complex and ingeniously inventive, The Night Following is also a love story and the extraordinarily moving tale of a killer’s journey from the shadows into the light. It confirms the mastery of a writer who is both tender and unflinching in her examination of human frailty—and of the shattering repercussions of deception.

“For her mastery of mood, her complex story lines and her shrewd appreciation of the frail boundaries that divide the sane from the mad, Morag Joss has been compared to…Ruth Rendell, Barbara Vine, and Minette Walters. Such compliments are tossed about too lightly in the publishing world, but this one is so justified it seems like an understatement.” —Washington Post

"Morag Joss has been compared with the high priestesses of British crime fiction: P.D. James, Ruth Rendell, and Minette Walters. The Night Following her latest and perhaps her best, not only travels the same elegantly dark path of those writers, but tears into territory totally unbeholden to genre conventions."—Boston Globe

“Will remind readers of Ruth Rendell and Minette Walters…. The results are extraordinary.”—Kirkus Reviews, starred review

“A haunting journey that should burnish the reputation of Joss as one of Britains most original crafters of psychological suspense.”—Publishers Weekly, starred review

“His best book yet…. Kornfield comes across as the therapist you wish you’d had…. Provides convincing and illustrative anecdotes and stories, and reaches into world traditions and literature as well as contemporary scientific research.”—Publishers Weekly, starred review