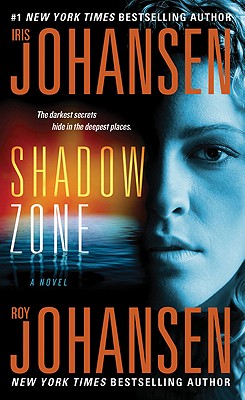 Deep below the Atlantic Ocean, guarded by hundreds of dolphins, lie the astonishing remains of an Atlantis-like lost city called Marinth. Its disappearance has confounded scientists for years until now. Marine architect Hannah Bryson has unearthed a legendary artifact that might hold the key to unlocking the city's long-buried secrets. But Hannah's discovery could have dire consequences for the modern-day world and there are some people who will do anything to keep the truth about Marinth hidden

When the artifact is hijacked, Hannah stands alone between a power-hungry enemy and widespread destruction. Willing to form whatever alliance is necessary to regain control of this potentially world-changing weapon, Hannah joins forces with Nicholas Kirov, a loose cannon from her past who is now her best hope for survival. Together they will race to unravel Marinth's last great secret and before the lethal game is over, Hannah will realize that nothing and no one is what she expected not even the dolphins, who know so much more than anyone could imagine

Iris Johansen is the "New York Times" bestselling author of the Eve Duncan series of thrillers, including "Chasing the Night, Blood Game, Eve," and "Eight Days to Live." She lives near Atlanta, Georgia.Roy Johansen is an Edgar award-winning author and the son of Iris Johansen. He has written many well-received mysteries, including "Silent Thunder, Deadly Visions, Beyond Belief," and "The Answer Man. "

“Bestseller Johansen and her Edgar-winning son, Roy, collaborate on their first thriller with entertaining results.”—Publishers Weekly

“[In Silent Thunder]…you’ll be rewarded with a bumpy roller-coaster ride as you try to separate the good guys from the bad.”—Rocky Mountain News

“Talent obviously runs in the Johansen family…The duo has no difficulty weaving in fascinating technical details with the explosive action of this nonstop stunner.”—Romantic Times BOOKreviews

“Silent Thunder [is] another grab-you-by-the-throat dash that pulled me along on a frantic chase for a deadly puzzle piece.”—BlogCritics magazine

“…a smart and exciting thriller…”—Ellenville Journal

“…an action-packed book about the search for a hidden treasure.”—Treasure Coast Newspaper

“Ms. Johansen and Mr. Johansen have put together a captivating tale of thrilling suspense…It was a real edge of your seat page turner.”—Night Owl Romance

“Silent Thunder is an intelligent and riveting espionage thriller, peopled with mysterious characters, and a first-class narrative.”—ReadertoReader.com