If You Were My Man: A Novel (Invincible Women Series #6) (Paperback) 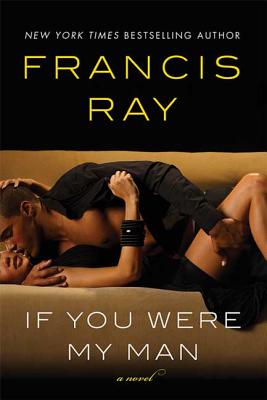 Nathalyia Fontaine has been the sole proprietor of the restaurant Fontaine since her husband died four years ago. She hasn't dated anyone in all those years, choosing not to open her heart again, or risk revealing her dark past. That is, until she meets Rafael Dunlap.

Rafael is a hostage negotiator with his own set of problems. Though he loves women, he vows he'll never marry because his job is just too unpredictable. He can't imagine leaving a widow and children behind. But his thinking and game plan of loving and leaving changes when he meets Nathalyia. Though she tries to resist him, Rafael sweeps her into a whirlwind romance. When the unexpected happens, and Nathalyia is forced to keep it a secret, she ends things with Rafael before he can break her heart. But when Rafael is in harms way, will Nathalyia resolve to tell him the truth before it's too late? Or will past demons keep them apart forever?

Francis Ray (1944-2013) is the New York Times bestselling author of the Grayson novels, the Falcon books, the Taggart Brothers, and Twice the Temptation, among many other books. Her novel Incognito was made into a movie aired on BET. A native Texan, she was a graduate of Texas Woman's University and had a degree in nursing. Besides a writer, she was a school nurse practitioner with the Dallas Independent School District. She lived in Dallas. "Francis Ray is, without a doubt, one of the Queens of Romance." --Romance Review

“Ray, a prolific storyteller in the mode of Nora Roberts, demonstrates a veteran's skill for crafting fascinating, soulful characters with believable motives and mishaps.” —Publisher's Weekly on If You Were My Man

“An artful, sensual storytelling feat about a woman needing healing and a man with bridled passion.” —Fresh Fiction on If You Were My Man