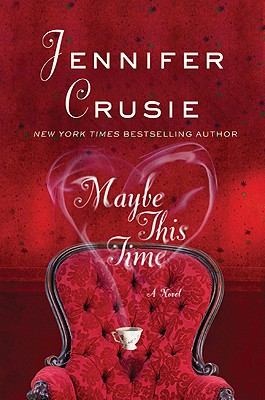 “I loved this book! I thought it was the perfect blend of humor, romance, and ghost story -- an overall enjoyable read from cover to cover. It's the story of a woman who thought she knew what she wanted and who she was and then realized she really had no clue. And who doesn't love a happy ending?!”
— Michelle Burcky, Cover to Cover Bookstore, Arlington, TN

The New York Times bestselling author of Bet Me, Tell Me Lies and Welcome to Temptation delivers her long-awaited novel

Andie Miller is ready to move on in life. She wants to marry her fiancé and leave behind everything in her past, especially her ex-husband, North Archer. But when Andie tries to gain closure with him, he asks one final favor of her before they go their separate ways forever. A very distant cousin of his has died and left North as the guardian of two orphans who have driven out three nannies already, and things are getting worse. He needs a very special person to take care of the situation and he knows Andie can handle anything. When Andie meets the two children she quickly realizes things are much worse than she feared. The place is a mess, the children, Carter and Alice, aren’t your average delinquents, and the creepy old house where they live is being run by the worst housekeeper since Mrs. Danvers. What’s worse, Andie’s fiancé thinks this is all a plan by North to get Andie back, and he may be right. Andie’s dreams have been haunted by North since she arrived at the old house. And that’s not the only haunting. What follows is a hilarious adventure in exorcism, including a self-doubting parapsychologist, an annoyed medium, her Tarot-card reading mother, an avenging ex-mother-inlaw, and, of course, her jealous fiancé. And just when she thinks things couldn’t get more complicated, North shows up on the doorstep making her wonder if maybe this time things could be different between them. If Andie can just get rid of all the guests and ghosts, she’s pretty sure she can save the kids, and herself, from the past. But fate might just have another thing in mind…

Jennifer Crusie is the "New York Times," "Publishers Weekly," and "USA Today" bestselling author of "Welcome to Temptation," "Tell Me Lies," "Crazy for You," "Faking It," "Fast Women" and "Bet Me." She has also collaborated with Bob Mayer to write "Wild Ride," "Agnes and the Hitman" and "Don't Look Down." Crusie earned her bachelor's degree from Bowling Green State University, a master's from Wright State University, and a master of fine arts from Ohio State University. Before devoting herself to writing full-time, Crusie worked as a preschool teacher, an elementary and junior high art teacher, and a high school English teacher. She lives on the banks of the Ohio River.