The Secret She Keeps: A Novel (Mass Market) 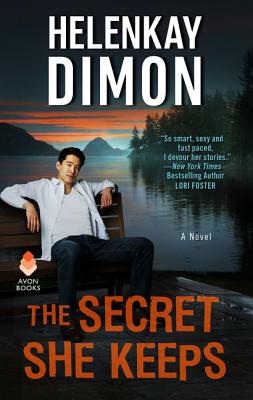 No matter where you run to…

Connor Rye seeks solace on remote Whitaker Island. When his first quiet evening ends with a blow to the head, it’s clear that nothing—and no one—is as it seems. Still haunted by his sister’s murder, he’s buried himself in work while trying to hold his family together. Now, when he has a minute to breathe, he knows better than to get involved with a stranger, but it might be too late to keep his distance.

Desire will find you...

For years she’s pretended to be someone else, but Maddie Rhine is done living in the shadows. Old habits are hard to kick however, and when her past follows her to Whitaker she’s forced to hide once more. Except with Connor. Effortlessly sexy Connor makes it difficult to ignore him. He sees right through her…and senses her fear.

Someone is watching her. And waiting for the right moment to strike. This time Connor vows to be ready.

Helenkay Dimon spent the years before becoming a romance author as a . . . divorce attorney. Not the usual transition, she knows. Good news is she now writes full time and is much happier. She has sold over thirty novels, novellas, and shorts to numerous publishers. Her nationally bestselling and award-winning books have been showcased in numerous venues, and her books have twice been named "Red-Hot Reads" and excerpted in Cosmopolitan magazine. But if you ask her, she'll tell you the best part of the job is never having to wear pantyhose again.