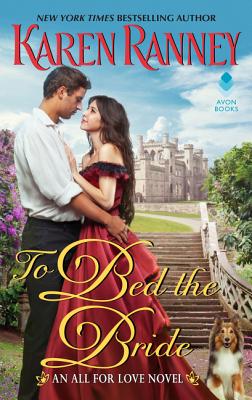 New York Times Bestselling Author Karen Ranney’s captivating series concludes with a tale of opposites whose attraction scorches a trail from the Highlands to the glittering halls of London—and courts scandal at every turn . . .

Politics has introduced MP Logan McKnight to many fascinating people, but the lady he encounters on the lands bordering his ancestral Scottish home outshines them all. Eleanor Craig of Hearthmere seats a Thoroughbred like a queen, knows as much about world events as any of his colleagues—and is engaged to one of the worst men Logan knows. She also seems lonely, so Logan brings her a friend. Thus should their acquaintance end, yet it’s only just begun.

The puppy Logan delivers is every bit as irresistible as the man himself. How could this stranger sense the isolation Eleanor suffers among her scheming, snobbish extended family and fiancé who control her life? It’s even worse in London—until she begins meeting Logan secretly in a secluded park. Their passionate connection frees Eleanor, body and soul. But discovery threatens disgrace—or worse.

Karen Ranney wanted to be a writer from the time she was five years old and filled her Big Chief tablet with stories. People in stories did amazing things and she was too shy to do anything amazing. Years spent in Japan, Paris, and Italy, however, not only fueled her imagination but proved she wasn't that shy after all.

Now a New York Times and USA Today bestseller, she prefers to keep her adventures between the covers of her books. Karen lives in San Antonio, Texas.