The Finishing School: A Novel (Paperback) 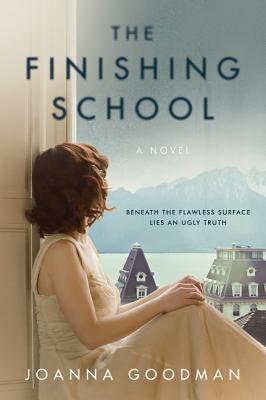 In this suspenseful, provocative novel of friendship, secrets, and deceit, a successful writer returns to her elite Swiss boarding school to get to the bottom of a tragic accident that took place while she was a student twenty years earlier.

How far would you go to uncover the truth?

One spring night in 1998 the beautiful Cressida Strauss plunges from a fourth-floor balcony at the Lycée Internationale Suisse with catastrophic consequences. Loath to draw negative publicity to the school, a bastion of European wealth and glamour, officials quickly dismiss the incident as an accident, but questions remain: Was it a suicide attempt? Or was Cressida pushed? It was no secret that she had a selfish streak and had earned as many enemies as allies in her tenure at the school. For her best friend, scholarship student Kersti Kuusk, the lingering questions surrounding Cressida's fall continue to nag long after she leaves the Lycée.

Kersti marries and becomes a bestselling writer, but never stops wondering about Cressida's obsession with the Helvetian Society—a secret club banned years before their arrival at the school—and a pair of its members who were expelled. When Kersti is invited as a guest to the Lycée's 100th Anniversary, she begins probing the cover-up, unearthing a frightening underbelly of lies and abuse at the prestigious establishment. And in one portentous moment, Kersti makes a decision that will connect her to Cressida forever and raise the stakes dangerously high in her own desire to solve the mystery and redeem her past.

An unputdownable read as clever as it is compelling, The Finishing School offers a riveting glimpse into a privileged, rarefied world in which nothing is as it appears.

Joanna Goodman is the author of the bestselling novels The Home for Unwanted Girls and The Finishing School. Originally from Montreal, she now lives in Toronto with her husband and two children.

“The Finishing School drops all the right names, but it’s far from an exercise in snobbery. Its subjects are young love and lust, privilege and striving, and faculty-student relations that redefine that term. There’s a missing ledger and a dark secret, and the story is as tasty as braised lamb shanks and as easy to swallow as a good Riesling — add this to your stack of beach reads.”
— Head Butler

“Suspenseful.... If your guilty-pleasure reads include elite boarding schools, secret societies, murder, and scandal, this one’s for you.”
— Kirkus

“The Finishing School pulls back the curtain to expose a fascinating world of desire, betrayal, and dangerous secrets.”
— Lou Berney, Edgar Award-winning author of The Long and Faraway Gone

“The Finishing School plunges the reader headfirst into a fast-paced, nail-biting mystery that also manages to explore friendship, love, adolescence, family and motherhood. By the time you reach the unexpected ending, you’ll practically be gasping for air.”
— Jessica Anya Blau, author of The Trouble with Lexie

“Craftily depicts a mystery hidden for decades under the veil of boarding-school tradition and secret societies…. Goodman unravels a web of lies intertwining the well-developed characters that cross Kersti’s path.”
— Booklist

“Joanna Goodman clearly knows her way around the rarefied world of the rich and famous. Every page of this compelling novel resonates with authenticity, and is filled with suspense—The Finishing School will keep readers up late at night.”
— Roberta Rich, author of The Midwife of Venice

“A compelling tale of horrific teenage secrets inside the walls of an elite school in Switzerland, unearthed with verve and sly irony. The truth is cold and slippery as ice as Goodman draws us into the darkness beneath the glittering surface of lakes and snowcapped mountains, and of privilege itself.”
— Deborah Lawrenson, author of 300 Days of Sun

“Both a coming-of-age-story and a literary mystery but ultimately culminating in an addictive read full of skillfully conveyed characters.”
— Library Journal

“Rich and intriguing, The Finishing School is a page-turner of the best sort—a novel that dusts the polish off of prestige and leaves you with the startling truth.”
— Joy Calloway, author of The Fifth Avenue Artists Society and Secret Sisters

“In The Finishing School, secrets are exposed and lies revealed when Kersti Kuusk is pulled back to Geneva, the site of her boarding school roommate’s tragic accident decades before. The hidden rot she discovers at the heart of this seemingly golden world makes for a shocking, satisfying read.”
— Miranda Beverly-Whittemore, author of Bittersweet and June

“Enthralling.... Both a compelling look into an exclusive world and a wise and heartbreaking story of a friendship and misplaced passion.... The book is addictive because of the mystery it explores.... Also notable is the deftness with which Goodman presents the complicated, passionate nature of friendships during formative years.”
— Globe and Mail, Canada