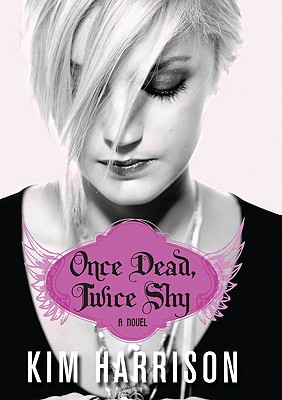 “Madison Avery's prom night killed her -- literally. So, now she's dead, sort of. Because she snatched the amulet of power away from the dark reaper who killed her, stole her body, and tried to collect her soul, she has the illusion of life and a body, but she has absolutely no idea what is going on. Kim Harrison's witty paranormal thriller has that perfect balance of humor, danger, and romance.”
— Karen Keyte, Books Etc., Falmouth, ME

My name is Madison Avery, and I'm here to tell you that there's more out there than you can see, hear, or touch. Because I'm there. Seeing it. Touching it. Living it.

Madison's prom was killer—literally. For some reason she's been targeted by a dark reaper—yeah, that kind of reaper—intent on getting rid of her, body and soul. But before the reaper could finish the job, Madison was able to snag his strange, glowing amulet and get away.

Now she's stuck on Earth—dead but not gone. Somehow the amulet gives her the illusion of a body, allowing her to toe the line between life and death. She still doesn't know why the dark reaper is after her, but she's not about to just sit around and let fate take its course.

With a little ingenuity, some light-bending, and the help of a light reaper (one of the good guys! Maybe . . . ), her cute crush, and oh yeah, her guardian angel, Madison's ready to take control of her own destiny once and for all, before it takes control of her.

Well, if she believed in that stuff.

“Abounds with originality and introduces us to rich characters…is sure to introduce [Harrison] to a whole new generation of readers.”
-Arkansas Democrat-Gazette

“An amusing and entertaining jaunt of an urban fantasy.”
-Voice of Youth Advocates (VOYA)