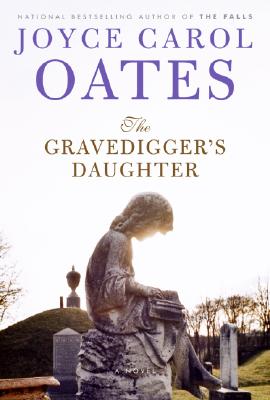 In 1936 the Schwarts, an immigrant family desperate to escape Nazi Germany, settle in a small town in upstate New York, where the father, a former high school teacher, is demeaned by the only job he can get: gravedigger and cemetery caretaker. After local prejudice and the family's own emotional frailty result in unspeakable tragedy, the gravedigger's daughter, Rebecca, begins her astonishing pilgrimage into America, an odyssey of erotic risk and imaginative daring, ingenious self-invention, and, in the end, a bittersweet—but very "American"—triumph. "You are born here, they will not hurt you"—so the gravedigger has predicted for his daughter, which will turn out to be true.

In The Gravedigger's Daughter, Oates has created a masterpiece of domestic yet mythic realism, at once emotionally engaging and intellectually provocative: an intimately observed testimony to the resilience of the individual to set beside such predecessors as The Falls, Blonde, and We Were the Mulvaneys.

Joyce Carol Oates is a recipient of the National Medal of Humanities, the National Book Critics Circle Ivan Sandrof Lifetime Achievement Award, the National Book Award, and the 2019 Jerusalem Prize, and has been several times nominated for the Pulitzer Prize. She has written some of the most enduring fiction of our time, including the national bestsellers We Were the Mulvaneys; Blonde, which was nominated for the National Book Award; and the New York Times bestseller The Falls, which won the 2005 Prix Femina. She is the Roger S. Berlind Distinguished Professor of the Humanities at Princeton University and has been a member of the American Academy of Arts and Letters since 1978.